Four Ways to Keep Your Brain Healthy As You Age

Have you ever believed the familiar adage that you can’t teach an old dog new tricks? That you are simply past the point of being able to learn different things once you reach a certain age?   If you have entertained those thoughts, then FirstLantic has some information that might change your mind.

Scientific evidence shows that while for most people, raw mental horsepower declines after the age of 30, knowledge and expertise keep increasing even beyond the age of 80.    Data also suggests that drive and curiosity are catalysts for new skill acquisition, even during late adulthood. And intellectually engaged people tend to be lifelong learners regardless of their age. The more intellectually curious, the more they continue to gain knowledge, including vocabulary.

Another study showed that some mental abilities—such as executive inhibition and orienting—actually get better with age. And what does that mean, you ask? Well, let us explain. Orienting involves shifting cognitive resources by engaging alternative brain regions, while executive inhibition reflects the ability to ignore distracting or conflicting information. In fact, older adults are significantly better than younger adults at focusing on what’s important when doing a task.

And despite the stereotype that people become more dissatisfied with their life as they age, some research suggests just the opposite.   As we get older, we become better at ‘reading’ other people solving conflicts, and finding more appropriate solutions to handling personal problems than younger people.   “It’s far from everything gets worse with age,” says Gloria Luong, a research scientist. “We become better judges of character, and the quality of our social relations is better than those of younger people.”

That said, we can play a significant role in ensuring our brains stay as healthy as possible. Here are four tips.

Exercise improves our body but also helps our brain. High-intensity physical activity increases our heart rate and blood flow. With increased heart rate, we also breathe harder and faster, and more oxygen is supplied in our bloodstream, reaching the brain. Exercise also influences the neurotrophins, the family of proteins that aid in neuron survival, development, and function. This leads to greater brain plasticity and, as a result, better memory and learning.

Interacting with friends, family, and your local community can positively affect cognitive function. So, engage socially, volunteer, adopt a pet, or take a class to stay active and be around others. According to “The Brain and Social Connectedness” report from the Global Council on Brain Health, people who are more socially engaged tend to have healthier brains.

Get out of Your Rut

Doing the same thing daily can put your brain in a holding pattern. On the other hand, altering your routine can be stimulating. Studies suggest that trying something new engages the brain and speeds up learning. So, whether it’s listening to a new genre of music, learning another language, or trying a new brain game, different perspectives train your brain to handle a broader range of challenges.

Your brain functions best when you eat high-quality foods that contain lots of vitamins, minerals, and antioxidants. These foods nourish the brain and protect it from oxidative stress —free radicals produced when the body uses oxygen can damage cells. A good diet can also increase your happiness. Studies have compared “traditional” diets, like the Mediterranean and the traditional Japanese diets, to a typical “Western” diet. They have shown that the risk of depression is 25% to 35% lower in those who eat a traditional diet. Mediterranean and Japanese diets are high in vegetables, fruits, unprocessed grains, fish, and seafood and contain only modest amounts of lean meats and dairy. They also do not include processed and refined foods and sugars.

Oscar Wilde famously said, “With age comes wisdom,” which is true in many respects. You learn from past mistakes, are more emotionally intelligent, and are more resilient. And you can continue to gain knowledge. So, don’t fall into the trap of believing that you’re too old to learn new things. Embrace your age and your wisdom.

We are only a call away. 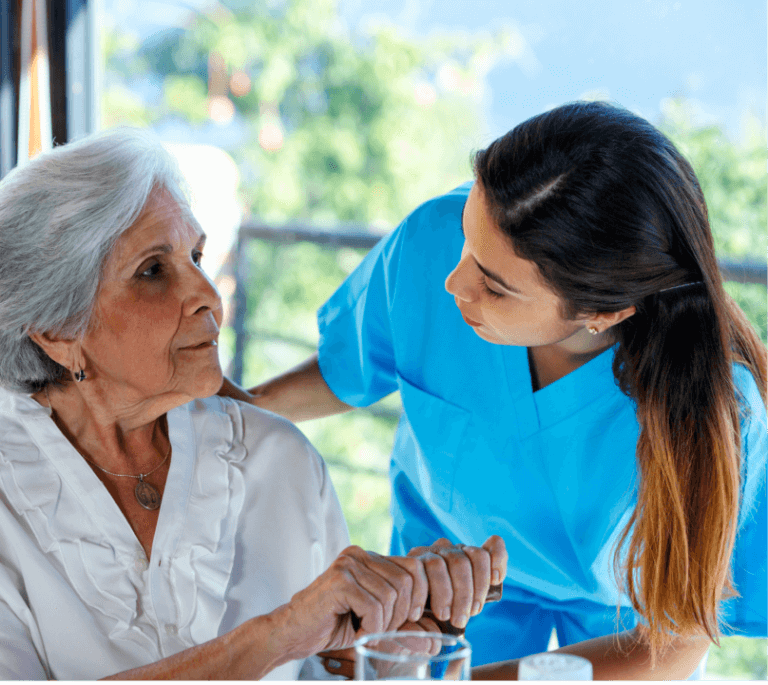 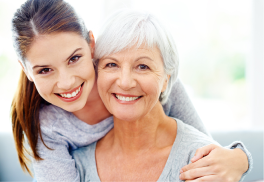 Find the best senior living solutions at NO COST... Remote Caregivers: How Technology Can Help Home healthcare services - do you or your loved one… The choice between home healthcare and assisted living can be…

Learn more about choosing the right provider. Download one of our educational guides below.